Years ago, the quality of the dutch oven in my cookware probably saved my house from being destroyed by fire. I had left beans on full heat and covered for over 8 hrs on a ceramic cook top. Some smoke eventually did set off the smoke alarm and the fire dept was called but because the pot was so well sealed and had so many layers of metal, the pan was glowing red but no fire erupted. Some white smoke was all we had. The ceramic cook top shattered as it cooled but the firemen said the pot saved the house as the kitchen would have gone up in flames had the fire not been so well contained. This stuff is really high quality! Thanks. 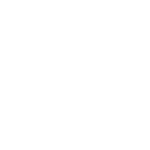 What Our Customers are Saying...

“Dear Sir, Thank you for the handle repair of my 72 year old pot. I bought the set when I was sixteen years old and it has been a fantastic product. I recommend it highly. You do give good service. Service that is free at that!”

“I have owned my cookware since I was 18 and love it. It was 1966. I wondered if I could get a catalogue to order pieces direct from you. Also I do not have an instruction book so I may never have used it correctly. But it is still wonderful. Thank You for your time.”

“My set was purchased 37 years ago and has survived 37 years of marriage and 2 kids and many preparations for dinner parties. We're pleased that we still can get service and parts.”

“We are still using the set of pans my wife bought when we were first married almost 39 years ago. We need to purchase new handles for the 8 Quart pan. We cannot believe how these pans have held up over the years. They are the best. Thank You,”

“When I was 18 I purchased my Belkraft cookware . . . which by the way was 32 years ago & it is still the only set I have ever owned. I take good care of it and it still looks as if it's about a year old!”